Oh, no; Not again

Didn’t get to the university on time today because of a huge military parade practice through central Moscow to Red Square: Military units, tanks, missile launchers and low flyovers from all sorts of planes.

The parade celebrates the 65th anniversary of Victory Day, Russia’s victory in World War II. It’s the first Victory Day parade in which U.S. and British military units are participating.

A friend who didn’t know that the huge parade practice was scheduled to run through the streets of Moscow, walked out of her apartment, saw all the tanks rumbling past, and told me her first thought was, oh, no; not again! 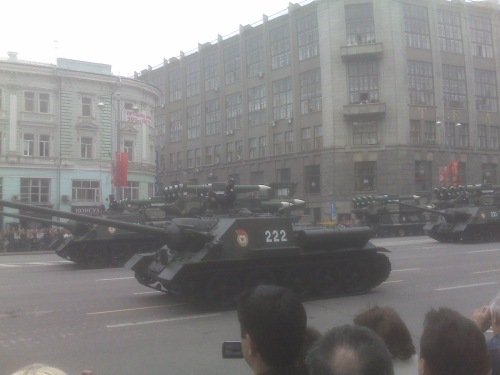